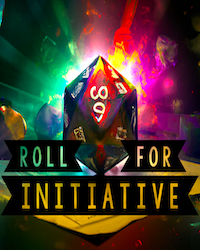 Roll For Initiative by Kunji Ikeda

Set in the fantasy genre of Dungeons and Dragons, Teiji an Orcish Fighter, Udnadkat a Human Cleric, and Fane Farstool an Elven Wizard make up an experienced adventure party. As the cohesive group prepares for an upcoming encounter with their most feared rival, the evil Gorgahn-noth, it becomes clear that Tejii’s abilities as a half-orc are misunderstood and misrepresented. Roll for Initiative delicately unwraps a nuanced conversation of racially based assumptions that our community is increasingly longing to understand.

Buy To This Event Directions